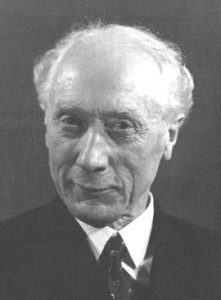 Frederick Matthias Alexander was born in Tasmania, Australia in 1869. He developed his technique in the last decade of the 19th Century in response to recurrent hoarseness and loss of his voice while attempting to make a career as an actor and reciter in Melbourne.

Realizing that he had come upon something of greater significance than solving his own problems and helping other actors, he chose to devote himself solely to teaching and moved first to Sydney in 1902 and then in 1904 to London to bring his work to a wider public. From then on he taught his technique in England and in the United States (particularly in New York and Boston). 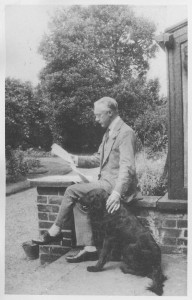 Among his students were George Bernard Shaw, John Dewey and Aldous Huxley, together with many luminaries from the London theater, and a wide range of people recommended to him by doctor friends who considered his work of great benefit.

Remarkably, within twenty years of arriving in London, this largely self-educated pioneer from the former penal settlement of Tasmania included among his clientele the Chief of Staff of the British army and Bishop William Temple who later became Archbishop of Canterbury, head of the Anglican Church. On the US side, along with Prof. John Dewey, his clientele included historian James Harvey Robinson, philosophers Horace Kallen and Randolph Bourne, educationalist and founder of Art Therapy, Margaret Naumberg, and commercial tycoons such as James B. Duke. 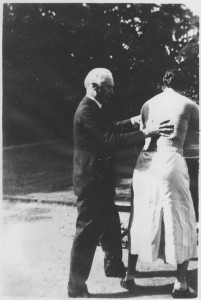 He began a formal program for training others to teach his work in 1931, but the outbreak of World War II slowed the spread of the technique. Then near the end of 1947 he suffered a very severe stroke, yet made a remarkable recovery and continued to teach until only a few weeks before his death at the age of 86 in 1955. When Australia celebrated its Bicentennial in 1988, he was honored by the Australian government as

“One of the 200 people who made Australia great.”

The plaque they placed in his honor at his birthplace in Wynyard, Tasmania reads: